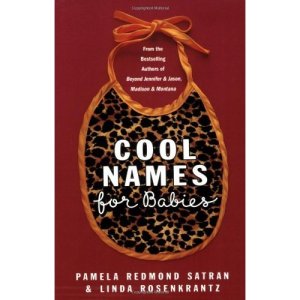 Last week when we found out the gender of the babies, the appointment was quite long and tiring for me.  However, when we got home George had big plans.  He pulled out our assortment of baby name books and started making lists of name idea.  I was exhausted and falling asleep on the floor as he listed ideas and I approved or denied them.  After much consideration, we were able to choose four names we both liked!

Of course when everyone else learned the genders, they naturally started asking about names.  However, we decided to keep them secret until after they are born.  We figure it will leave something secret and will keep us from getting a lot of feedback and make us change our minds.  Picking four names we agree on was not easy, we don’t need to start over now!  My mom was cute and thought she’d finagle the names from us since she is going to make letters to put above their cribs, but even Nicey (what she will be called) won’t know until their birthday!  She will have to make the letters individually and we will put them in order later =)