George has always been fascinated with the weather. Even back in college he stood outside snapping pictures of a vicious twister as I hunkered down in the bathroom of my apartment. With the advent of smartphones, he began following the radar closely, and checking it several times per day. Last night, just as we followed the quad’s bedtime ritual he noticed a hook on the radar directly over our neighborhood. We switched on the T.V. to see what our local meteorologists had to say about it. Nothing. The World Series played but there were no banners or interruptions. We didn’t hear tornado sirens or any indication there was danger. We waited for updates, allowing the quads to stay up a bit later than usual just in case.  They watched the World Series as we watched for weather warnings. As they enjoyed their time staying up late, I stocked our under the stairs closet with flashlights, board books, and light up toys. 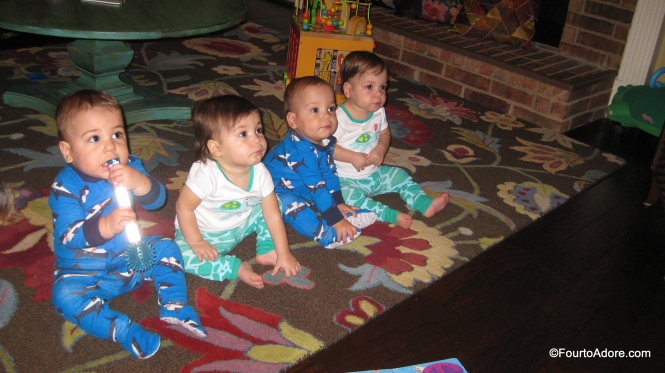 As I scurried around making sure our under the stairs closet was in order, the quads were oblivious.  Thankfully, I cleaned the closet out just last week so I really just had to make sure I removed their Super Seats and brought a few things to keep them occupied. 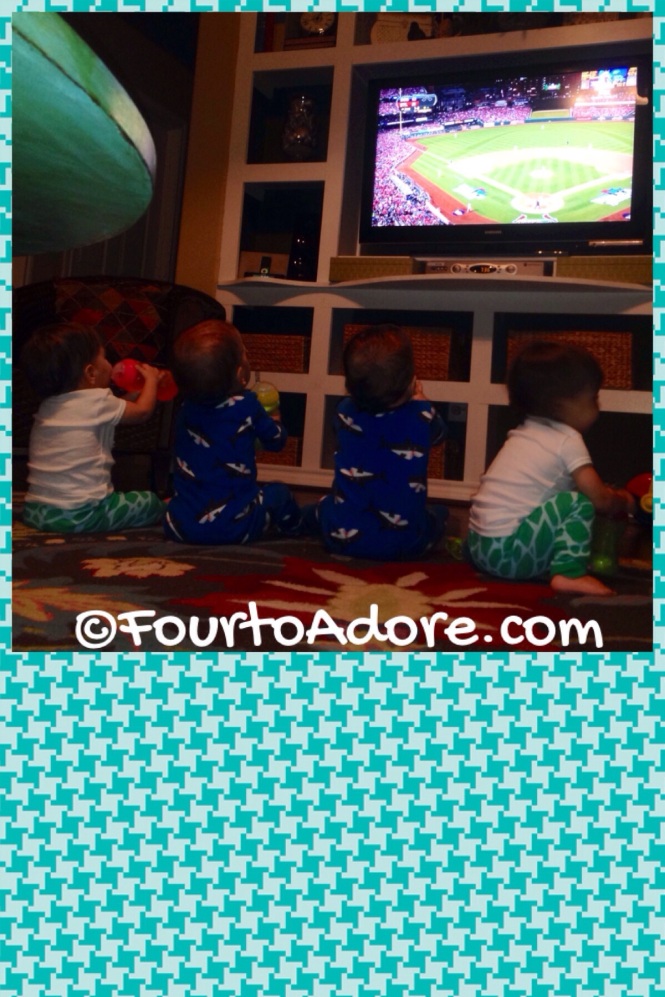 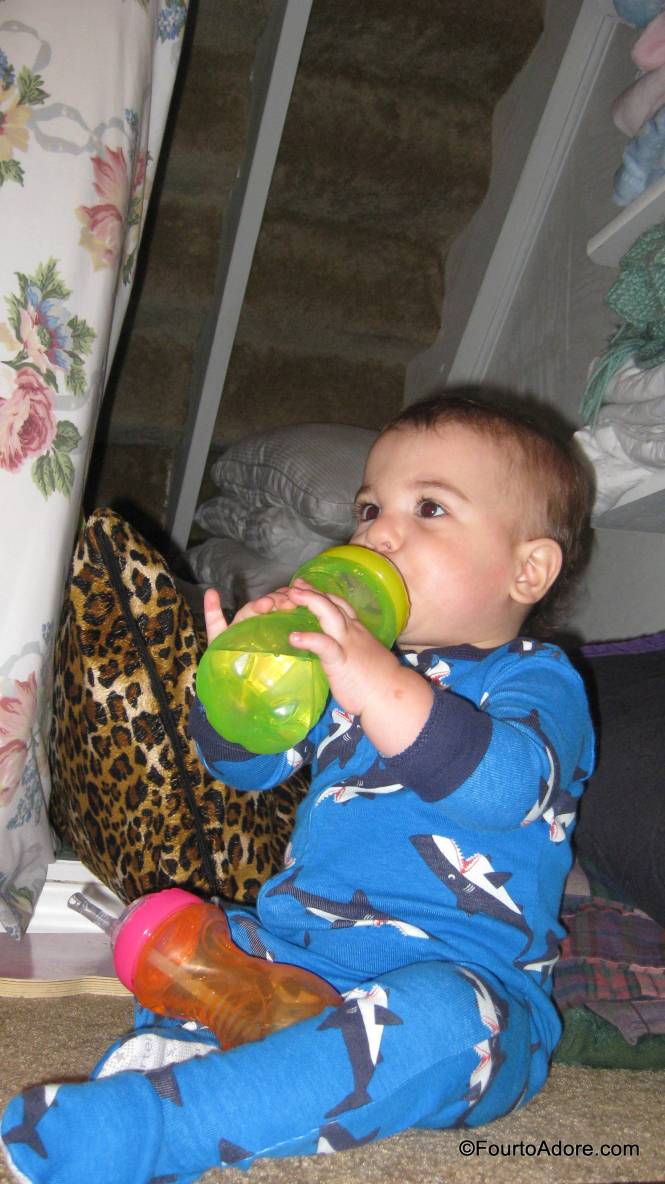 Harper abandoned watching the game so he could crawl into our bunker.

Despite the nagging feeling there was a serious storm coming, we tucked the quads into their cribs for the night.  Not ten minutes after all four kids were settled, a horrible whir began and hail began pummeling our windows and roof.  Both George and I recalled the last major storm that passed through and shattered nearly every window in our home and pulverized our roof. There was no way our babies were staying in their rooms if there were a slight chance of a rerun of that storm.  George and I sprung into action, whipping the closet door open, snatching babies from their cribs and then stuffing them into our bunker (aka under the stairs closet).  Despite being ripped from their snugly  beds and literally shoved into a tight space, all four did exceptionally well.  The storm rolled on for well over 20 minutes, keeping us confined to the closet.  We managed to entertain the crew with a board book, flashlights, and bubbles.  Once calm was restored, we carefully tucked each of the children back into bed and they snuggled up as if they were never disrupted. 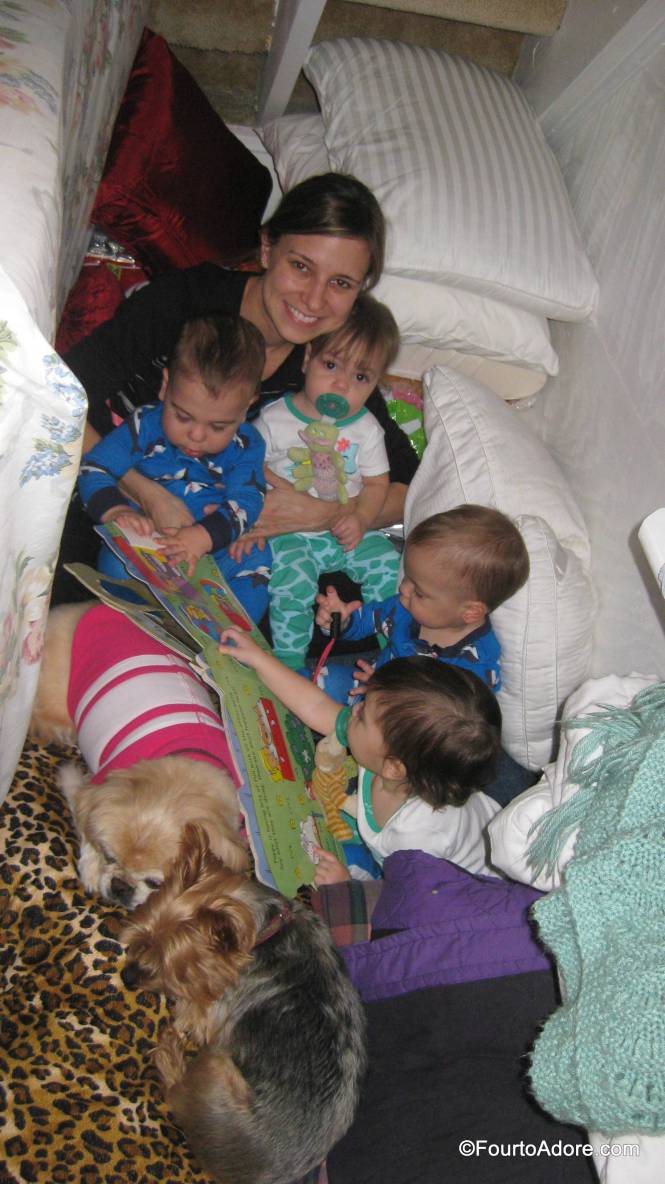 Yes, six people and two dogs fit snugly into our under the stairs closet.  Sasha wore her Thundershirt because she has severe anxiety during storms.

Remembering the saga of the previous storm, George immediately called our insurance company to schedule an adjuster to check our roof.  We didn’t notice any leaks or obvious damage, but our roof was totaled before with little evidence without careful examination.  When our family came over for dinner this evening, they all asked what happened to our neighborhood.  Apparently there is debris covering the front lawns, driveways, and entire street. 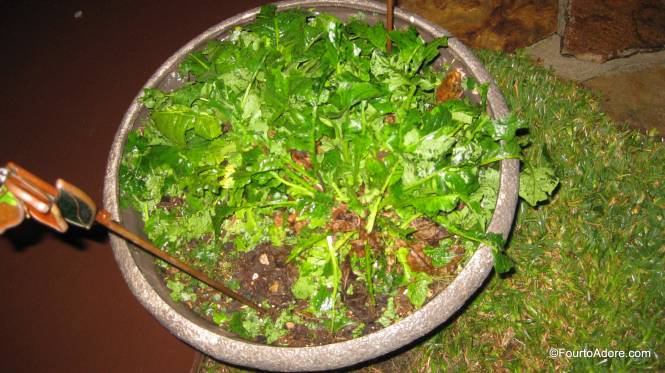 This is what’s left of our Gerber daisies. 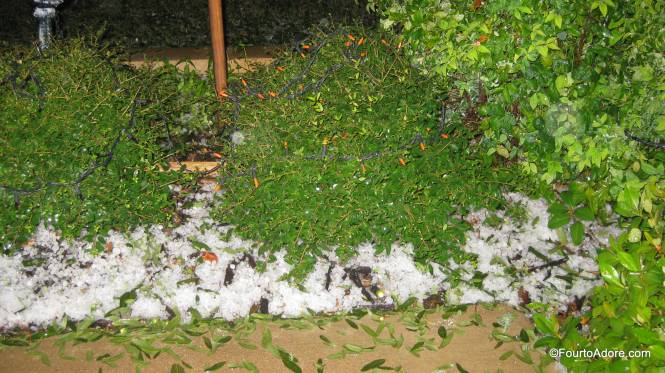 Our flowerbeds were laced in hailstones. 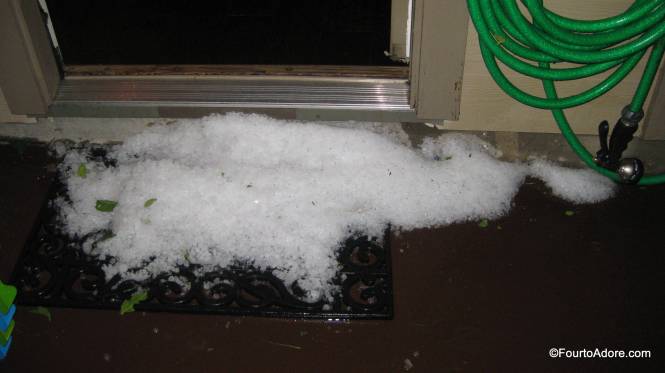 Here’s a pile of hailstones that accumulated on our back porch.

Has a storm ever caught you by surprise?

2 thoughts on “In the Bunker”