We were lucky that our house closing happened to align with Memorial Day weekend.  It afforded us an extra day off work to unpack and settle.  We didn’t have Memorial Day plans since we intended to be working on the house, but by Monday afternoon we had E-N-O-U-G-H already. After two days of moving, our bodies ached while bruises lined our legs and biceps. It was clearly time for a break so I invited us to my Aunt Linda’s BBQ.   Although taking four toddlers anywhere is a lot of work, getting out for a few hours proved refreshing.

I managed to pull four patriotic looking outfits from the quad’s closets. The previous homeowner left behind four small flags so we had an impromptu parade.  Please excuse Harper’s faux pas of letting his flag touch the ground.

Since we are in the middle of moving, we didn’t pack the quad’s booster seats. Aunt Linda had two already, but two kids were left to regular chairs and they did great! 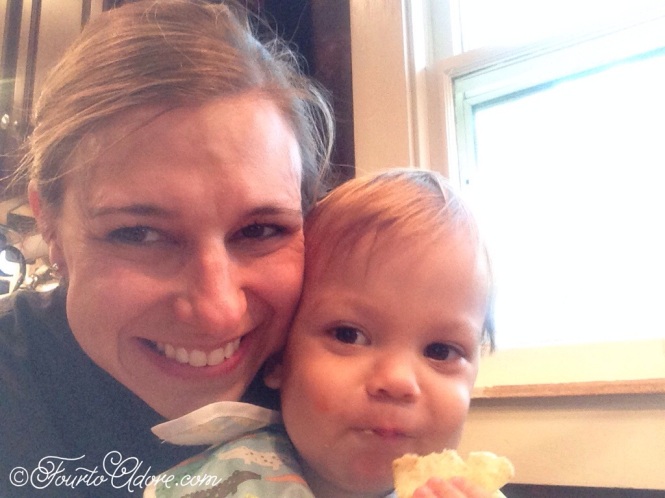 Later, Mason shared his chair with me.

George and I manned the kiddie table while the rest of the family enjoyed fine dining. 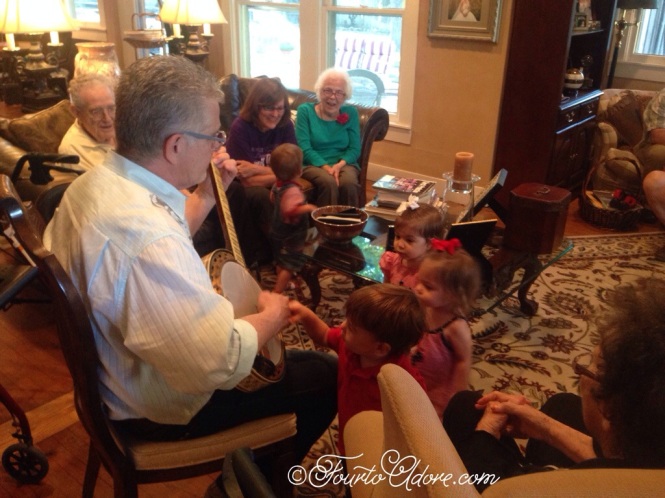 After dinner, Uncle Clarke entertained the quads with his banjo. The loud strums of the instrument initially startled them, but it wasn’t long before they sang along.

We may not have been on the initial guest list, but I think the quads did a fine job of entertaining the great grandparents.  They have a way of brightening the day of others with their antics.  How did you celebrate Memorial Day?

P.S. Stay tuned for the low down on the BIG move and the gazillion projects we’d like to tackle.