During the early part of my childhood I was a lonely child. Around four years old, I started asking my parents for a little sister. Apparently I wanted a built-in playmate beyond belief. I recall begging for pennies to toss into wishing wells so I could make my wish of finally getting that sister I wanted so badly. Bedtime prayers often included hopes of sister, but she just wasn’t coming.  When I was nearly eight years old, my little sister, Courtney made her debut. I was ecstatic, but also slightly disappointed at her wrinkly newborn appearance and inability to play with me.  Since she was so much younger, I doted over Courtney and behaved like a mini mother most of the time.  During some phases of our lives, the age gap was a challenge for our relationship.  When she started dating, I was excited for her, but couldn’t help but feel protective.

Two years ago, we planned a Father’s Day barbeque at the house and she asked if she could bring a new guy along.  We said, “Yes.”  I knew that if this guy was being invited to an intimate family gathering he was special.  This marked the first time our family met Matt.  At this first meeting, we were all thoroughly impressed with Matt’s ability to mesh with our family, especially infant quadruplets.  It seemed as if Matt was lifelong family friend.  He didn’t fluster being around four often fussy babies, and even took a hands on approach by getting in their inflatable pool.  In my heart, I recognized that this guy was “the one”.

Over the course of the year, Matt and Courtney’s relationship flourished.  In fact, he became a seamless member of our immediate and extended family.  He accepted the uniqueness of our family too, which meant the world to me. Whether our family was celebrating a birthday, heading to the zoo, or walking in the March of Dimes, Matt was present for us. 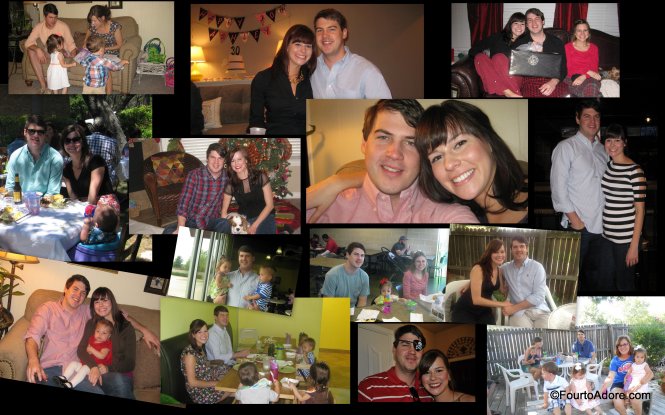 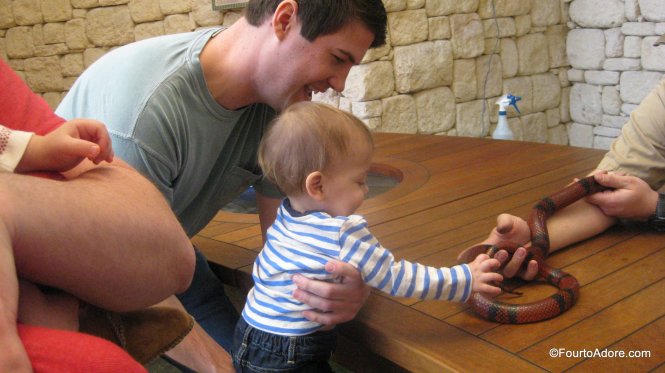 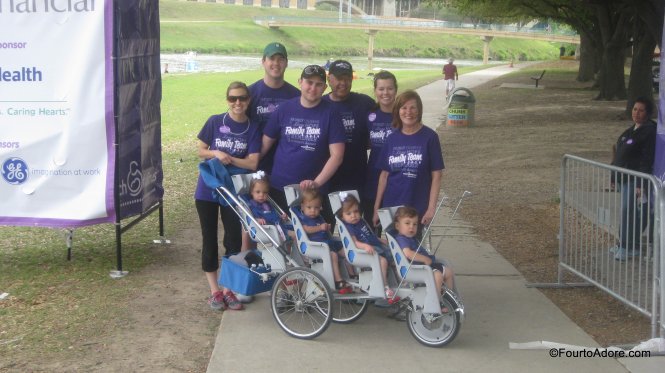 Matt embraces the usual chaos our family brings to the table. 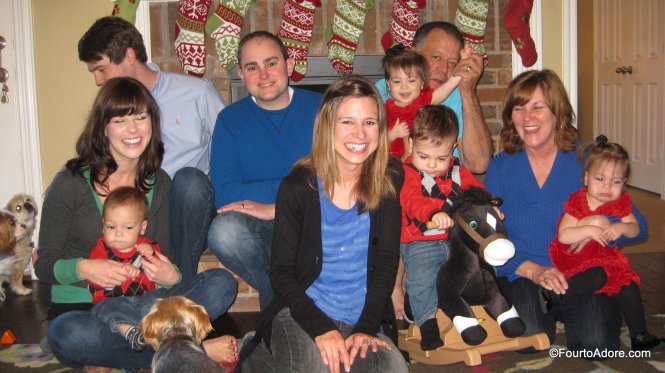 And is one of the guys… 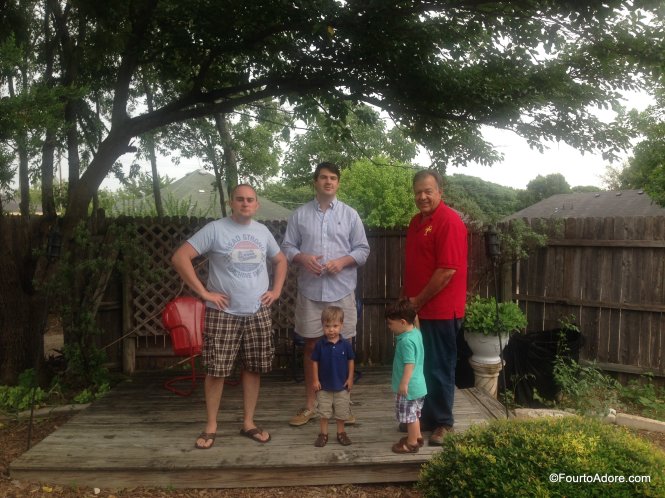 Courtney’s circle of friends also accepted Matt into their group. 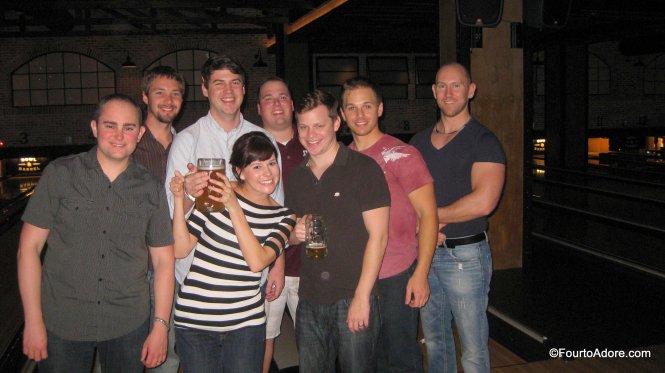 After nearly two years of courting, Matt decided it was time for the relationship to progress.  Last winter, when Matt asked my parents for Courtney’s hand in marriage, they elatedly said, “Yes!”  In late February he made arrangements to pop the question at a local brewery with a close circle of friends and family present.  Matt’s parents, Jack and Julie made the trek from Connecticut for the occasion. 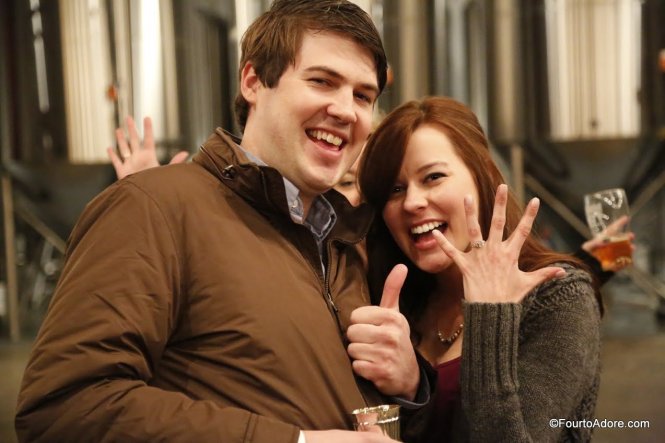 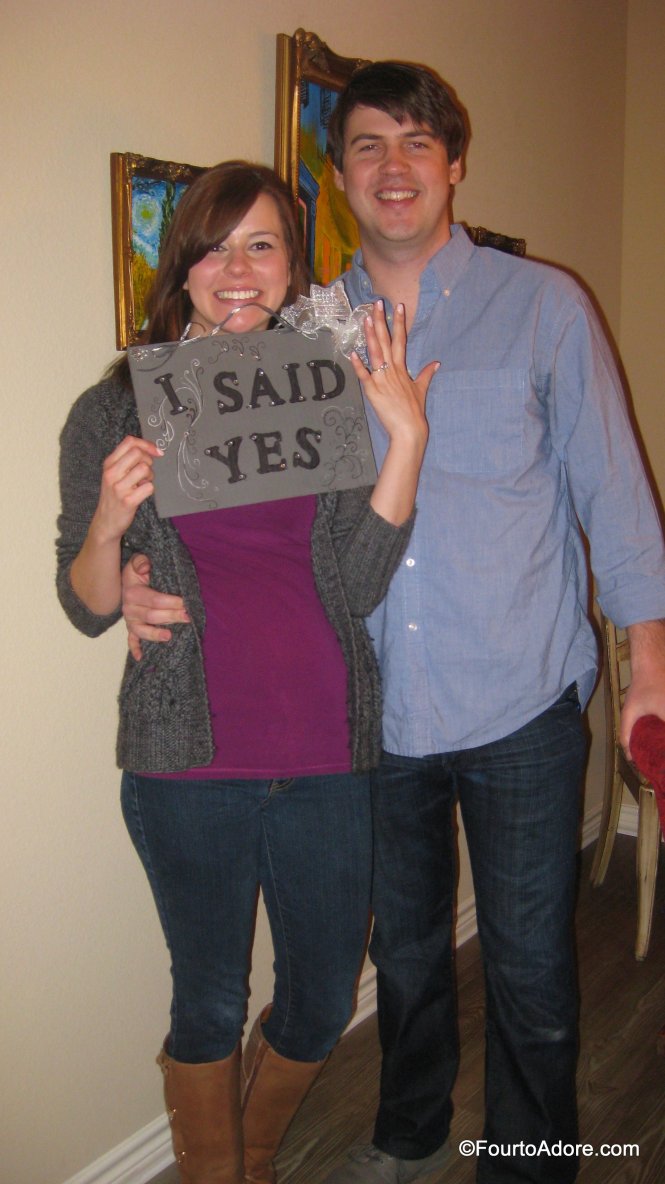 Following the proposal, the immediate family enjoyed a Texas style chic dinner at Tillman’s Roadhouse.   After spending an evening together, it was clear that Jack and Julie’s influence shaped Matt into the Man he has become.

Last week when a priority mail box showed up on the porch, I assumed I ordered something and forgot about it.  I was delighted to find an intricately wrapped package for the quads and me asking if we would be part of her wedding party.  When the quads finished watching Curious George, I invited them to open their respective packages and then we made a little video with our answer for Aunt CiCi, we said, “Yes!”  Courtney and Matt plan to exchange vows in the spring of 2016, and we could not be happier for the pair of them.  They bring out the best in each other, and accept each other unconditionally.  We are honored share their special day by standing next to them as they unite.   Congratulations, Matt & Courtney!!!  We love you two. 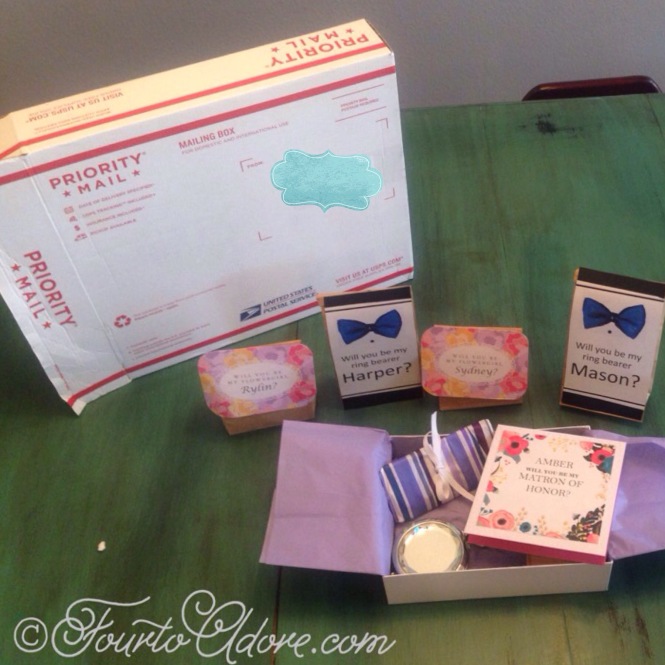 We also sent her this photo collage with our answers printed on it.

Home page photography credit to Lindsay Wilcox Photography, Christina Childress Photography, & Gena Dowell Photography
All photos & content are copyright of Four to Adore unless otherwise specified. Please do not share images or claim as your own. Content © Four to Adore. All Rights Reserved.
Four to Adore is part of affiliate advertising programs. If you make a purchase through particular links or advertisements on the blog, a small commissioned is earned. Thanks for helping support this site!
Loading Comments...
Comment
×
<span>%d</span> bloggers like this: