After eight months, it finally happened.  One of the four little bums was struck with a dreaded diaper rash!  We change diapers about every three hours during the day and use Vaseline as a liquid barrier.  However, with babies who sleep all night long, they can sometimes sleep in a damp diaper.  All that all night snoozing got to poor little Sydney.  We used several different diaper creams without any success.  They seemed to keep the rash at bay, but it just lingered for weeks.  I even tried fellow quad mama, Rebecca’s tip of using hair dryer at every change to make sure Sydney’s little hiney was completely dry.  No avail.

I finally caved and checked with Dr. Knapp.  He has a recipe for what he dubbed, “Boo Boo” cream.  It’s a mixture of equal parts: hydrocortisone, Lanacane, bacitracin, and A & D Ointment for treating diaper rash.  This was not exactly an inexpensive treatment, but it really worked well for the rash.  I noticed an improvement within one diaper change.  We learned you have to mix it really well and use sparingly!  I recommend using this only for difficult to treat diaper rash, not daily use. 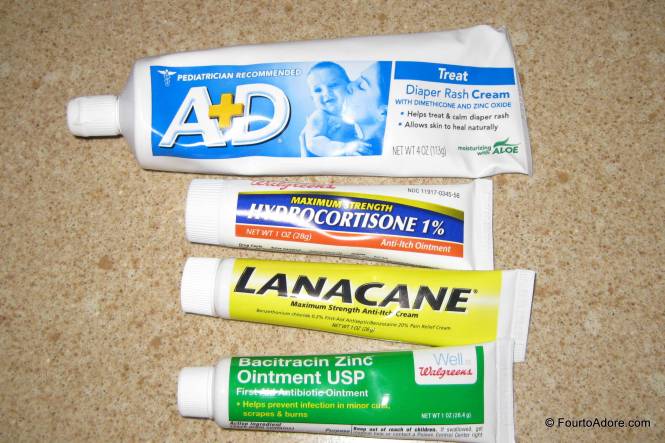 These are the four creams we used to make Dr. Knapp’s Boo Boo Cream.

Dr. Knapp also does not recommend using commercial baby wipes.  According to Dr. Knapp, the commercial wipes contain too many harsh ingredients that are harmful to babies and promote diaper rashes.  Instead, he suggests using plain ol’ toilet paper!   I’m sure toilet paper would get the job done, but the thought of using dry toilet paper for baby blowouts times four makes me cringe.  George and I compromised on this and found several recipes for homemade baby wipes using paper towels.  Over a few weeks we experimented with several different ones found on Pinterest.  We also tried a handful of containers and liquid ratios  until we found the sweet spot.

You will need: 1 roll of select a size paper towels, 4 cups water, 2 tbs. baby wash (any kind), and 1 tbs. baby oil.
Note: since the original writing of this post, I began adding 2-3 drops of tea tree oil and 2-3 drops of lavender oil, which are not pictured. The tea tree oil has antiseptic properties that heal and prevent diaper rash, and also help prevent the wipes from molding. The lavender adds a nice calming scent. You could use essential oils for whatever scent you like.

Here’s the step by step process:

1. cut the paper towels in half (other recipes have you cut about 1/4 off the top, but if you get a shorter container you can make two cans of wipes with one roll of paper towels). We found that the Felli Flip-Tite 1.4 L containers are a good size, I have also seen Oxo containers that would work great too. 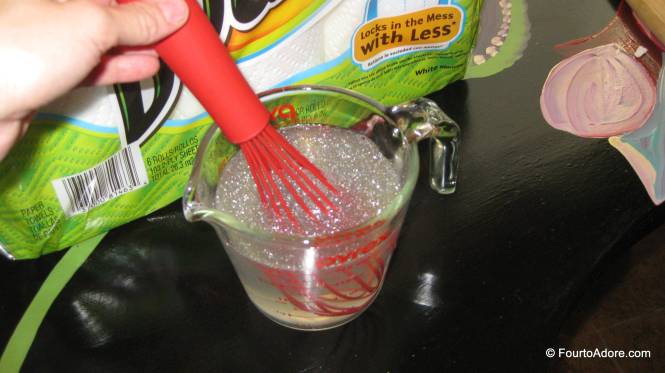 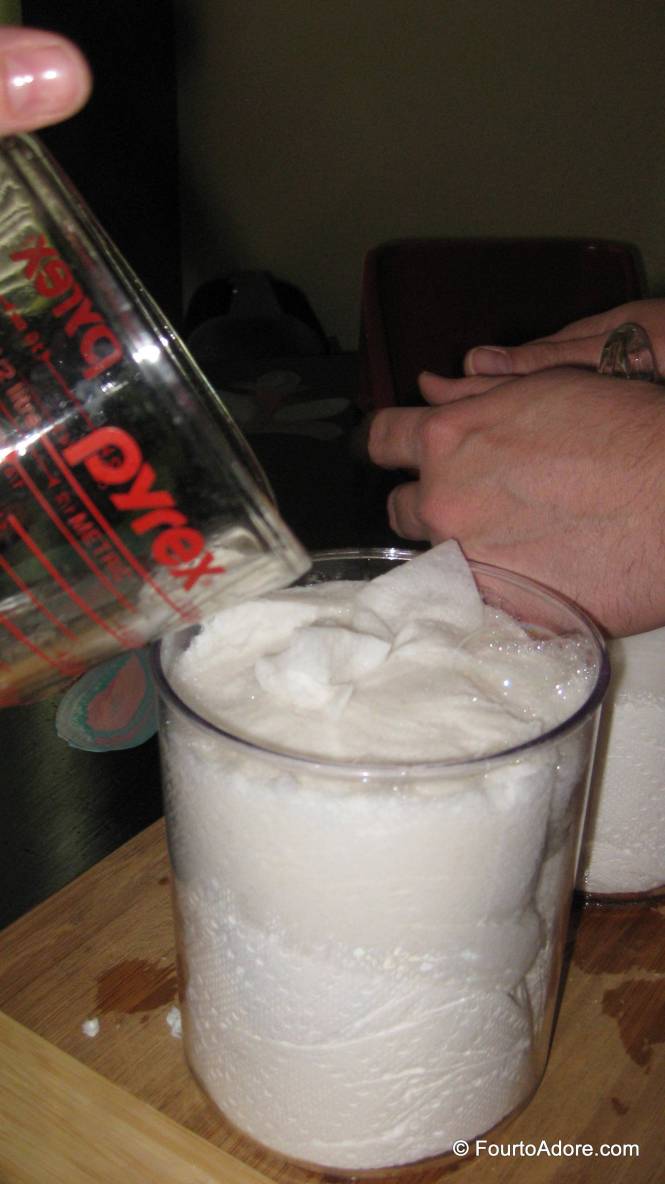 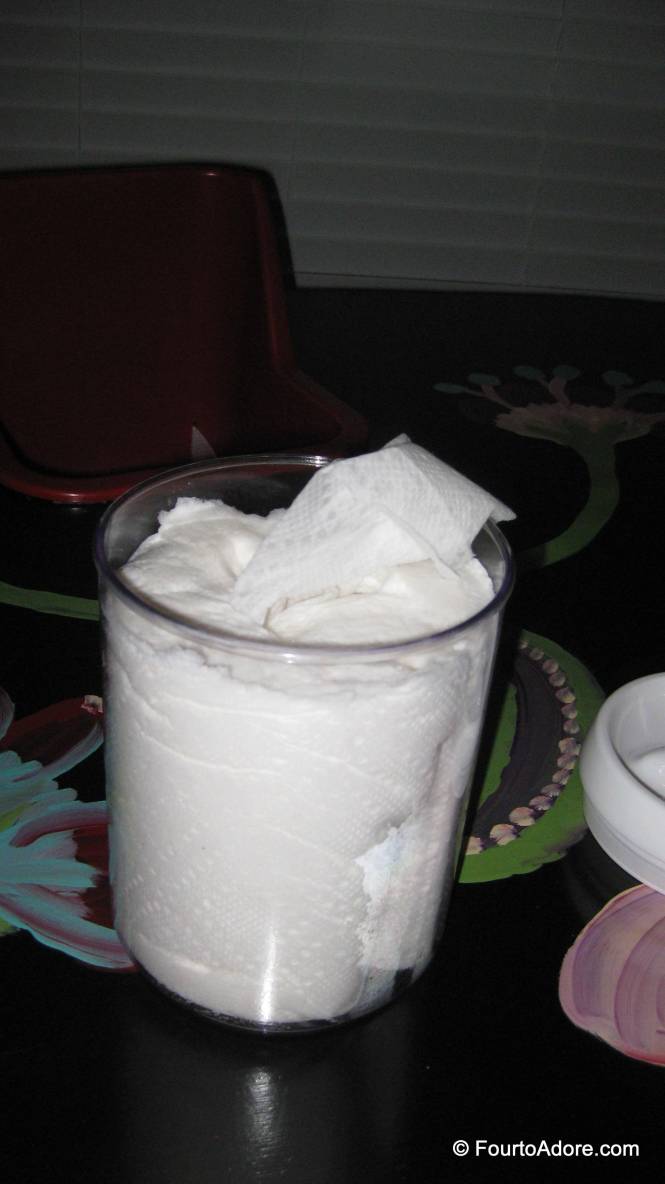 Ta Da! With this size container, we pulled a small wad out of the middle to get them to dispense properly.

I’ll be honest, I was skeptical of using homemade baby wipes and only tried them because we could not clear a diaper rash.  To my surprise, these baby wipes work just as well as the commercial ones, and now I prefer them.  They don’t take more than five minutes to make,  and really seemed to help clear Sydney’s diaper rash.   As an added bonus they smell great.   For travel, we use Ziploc bags and toss into our diaper bag.  We make one batch of baby wipes per week, costing us only about $1, which is the fraction of what we spent on commercial wipes.

P.S. When we make our baby wipes, we use an entire roll of paper towels so we have one container for each nursery.  If you only need one container, be sure to divide all other ingredients in half, and save half of your paper towel roll for later.