Back in our NICU days, a set of triplets was born just five days after the quads.  For some reason,  triplet suite is on another floor from the quad suite so we never saw them.   However, one night the babies’ nurse impassibly mentioned that she knew the family with triplets and went to church with them.  I really wanted to meet the parents as a way to normalize the whole multiples in the NICU experience, ect.  Of course due to HIPPA, the nurse could share no information about the triplets or their parents.  I cajoled this poor nurse a bit trying to get her to tell the triplets mom to Google and maybe search for our blog and leave a comment.  She agreed to none of that.  Finally someone suggested we both go to the parent lounge at the same time one particular day.  I awkwardly brought my lunch to the lounge at the specified time and waited for someone to enter who might possibly be the triplets’ mom.  I think the triplets’ mom, Tiffany, did the same thing.  At some point we finally introduced ourselves.  The two of us sat together commiserating and story swapping until it was time for “the feed”.  We exchanged phone numbers and have kept in contact since, texting often.  I think we’ve got the quads and triplets practically on the same schedule.

With lock down a thing of the past, Tiffany brought the triplets (Landry, Haylie, and Luke)  over for our very first play date.  We affectionately called it “The Quatriplet Playdate”.  I borrowed that term from a few passersby who apparently lack multiples terminology and call the quads, “Quatriplets”.   Both Tiffany and I anxiously awaited the moment when all of the babies would get an opportunity to see and interact with non-sibling babies.  All of them are around other babies 24/7, but rarely see another baby. To our surprise, the babies didn’t seem particularly interested in one another.  For the most part, the triplets congregated near each other and the quads did their normal stuff too.  Mason is the only one who crawls so he sort of made rounds, visiting everyone and then went off on his own.   On the upside, everyone was completely content and no one fussed.  In my book that is a successful play date!  It will get more interesting when everyone is truly mobile.

I thought the “Quad Squad” onsies were appropriate for our Quatriplet play date. You know, just in case you can’t figure out who is a quad and who is a triplet. I am aware that Mason and Sydney’s are still swallowing them.  But, Harper won’t be able to wear his much longer and it’s sort of a set so I’m trying to get some wear out of them while we can. 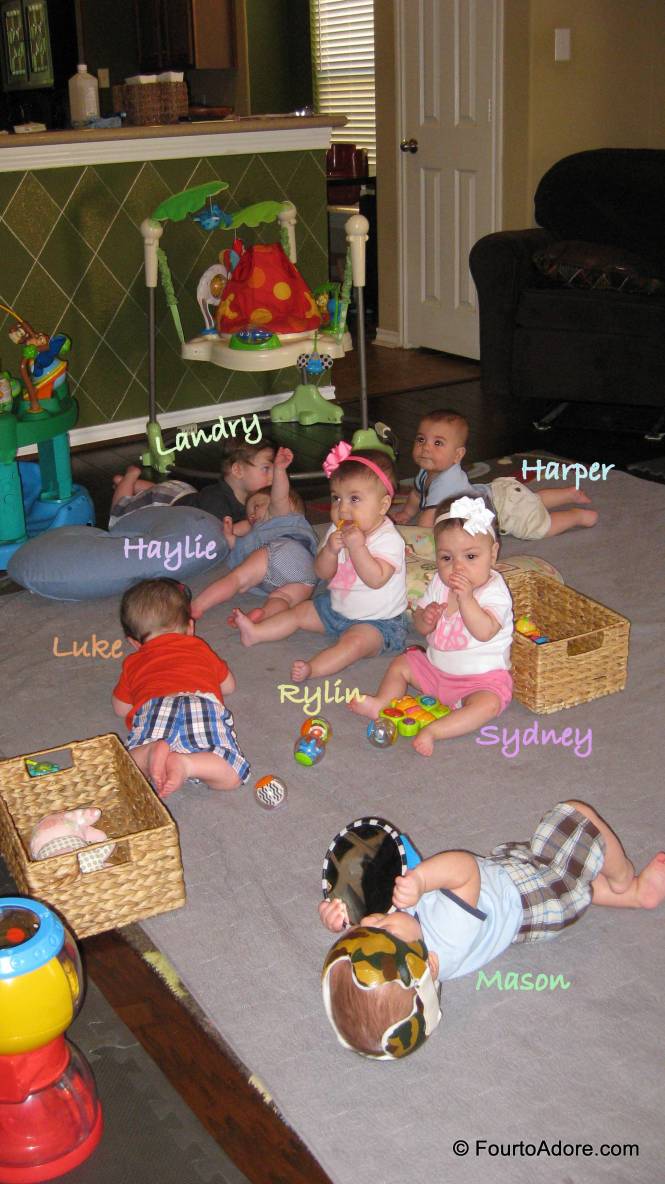 Here’s what it looks like when you put seven babies together for blanket time. I guess this is what septuplets look like.  Honestly, it wasn’t half as chaotic as I anticipated.

Mason had to investigate the flower on Haylie’s outfit.

Just like Mason’s siblings do, Landry wanted to investigate his band.

Sly guy, Mason is the only one who crawls so he visited the trips then went exploring on his own.

As we’ve kept contact, I’ve always thought there was a “match” between each of the triplets to one of the quads.  Of course, Haylie sort of goes with both of our girls well, because she’s a girl.   Like our girls, she’s also seemingly strong-willed and sassy to boot.  Like Mason, Luke sounds like the easy-going guy who giggles often and “goes with the flow”.  Just like Harper, Landry is the big brother who enjoys being the casual observer most of the time.   For fun, I made sure everyone met their match and snapped pictures of them together. 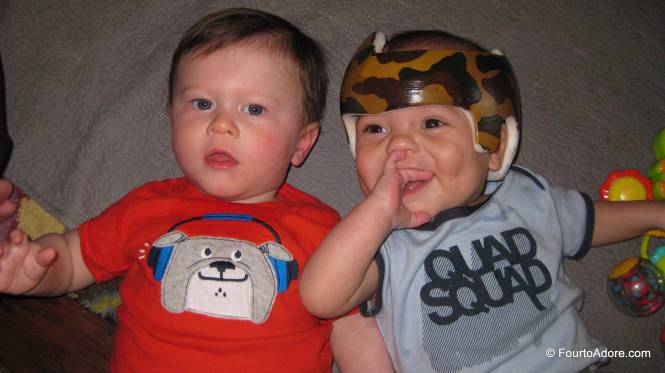 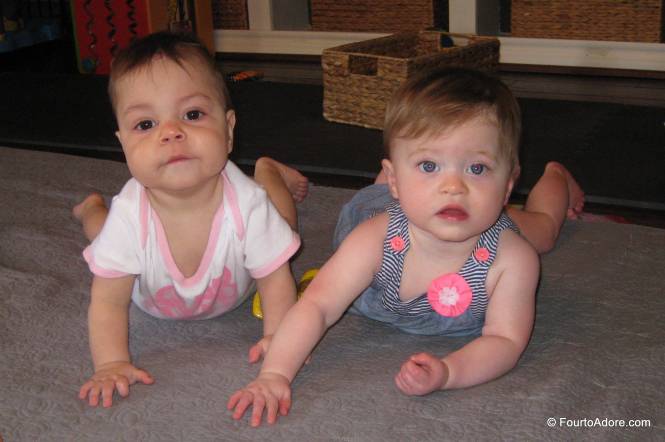 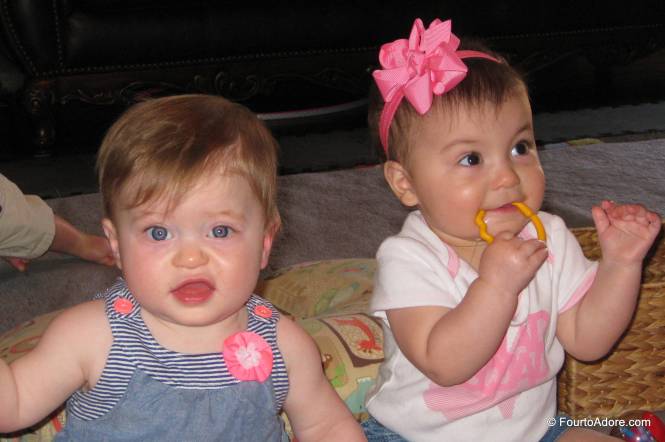 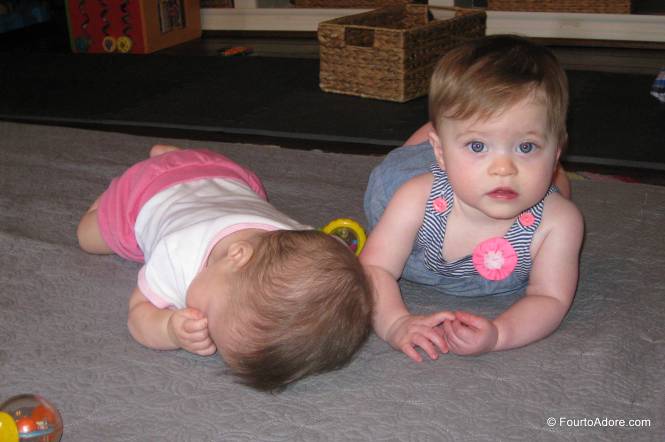 And this is what happens at the end of a Quatriplet play date! Night, night, Sydney!

To check out the triplets’ story, please visit their blog at http://teamtriplets.wordpress.com/

P. S. We are down to the last few days for voting in the Circle of Moms Top 25 blog contest.  If you’ve got time for two clicks, please vote for us.  We were holding a strong second place, but have since dropped down to 5th.  Thank you for supporting us!