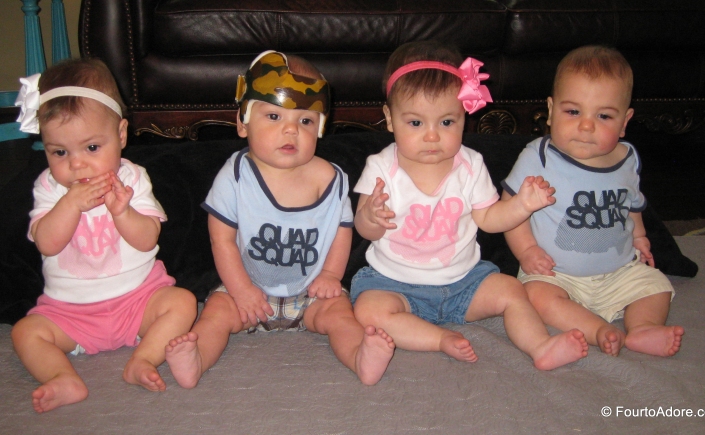 Happy Thursday!  Once again, it’s time to link up with Rebecca at ABeautifulRuckus.com for The Little Things Thursday.  Each week, we pause to reflect upon the bright spots from the week.  In our neck of the woods, here’s what we celebrated-

1. The Circle of Moms Top 25 contest is finally D-O-N-E! After two weeks of being badgered for votes, I’m sure you’re as happy as me it finally came to a close.  Thank you for supporting us and continuing to vote repeatedly.   We ended up placing fourth, which seems appropriate for us considering that four is apparently our lucky number.  There is a pretty new badge posted on the right side of our page denoting that we are in the Top 25 for 2013.

2. Every Thursday evening, my mom comes over to help with the babies and spends the night so she can care for them while I work on Fridays.  I always look forward to Thursday evenings knowing that Nisey will be here for the babies and us.  I usually try to whip up my best Crock Pot dinner for her, but this week she turned the tables.  Instead of me cooking, mom brought the trappings for pot roast.  George and I make pot roast in our Crock Pot occasionally, but we’ve never mastered “Mom’s Pot Roast”.  There is something about hers that is inherently better, and it’s reminiscent of home.   She actually tested a new pot roast recipe from Pinterest on us and it was divine! 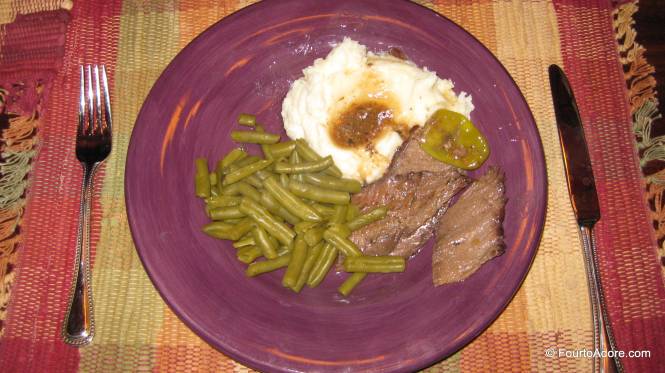 I tried to find a blog or website where the recipe originated to give due credit, but could not find anything besides a pin. http://pinterest.com/pin/119134352615348161/ Mississippi Roast – – Put chuck roast in crock pot, Sprinkle with dry Hidden Valley ranch dressing mix, add packet of dry McCormick Au Jus mix, a stick of butter, 5 pepperoncini peppers. DO NOT ADD WATER. Cook on low for 7-8 hrs

3. Over the past few weeks, the babies have been sitting with better control, but I don’t totally trust them so I usually put a Boppy Pillow or something soft behind them as a safety net.  Several days ago, I went into the kitchen for just a few minutes to grab something and left the babies in the den.  When I came back, Rylin was sitting up sans Boppy Pillow.  I was a bit perplexed.  I couldn’t recall whether I left her on her tummy or sitting, but thought it odd there was no safety net.  The next day, I found Rylin using her hands to push herself up into sitting.  She does it all the time now!  The other babies are working on getting into the sitting position independently, but haven’t mastered it fully.  Their Occupational Therapist taught me some ways to help them master this skill so it’s a work in progress. 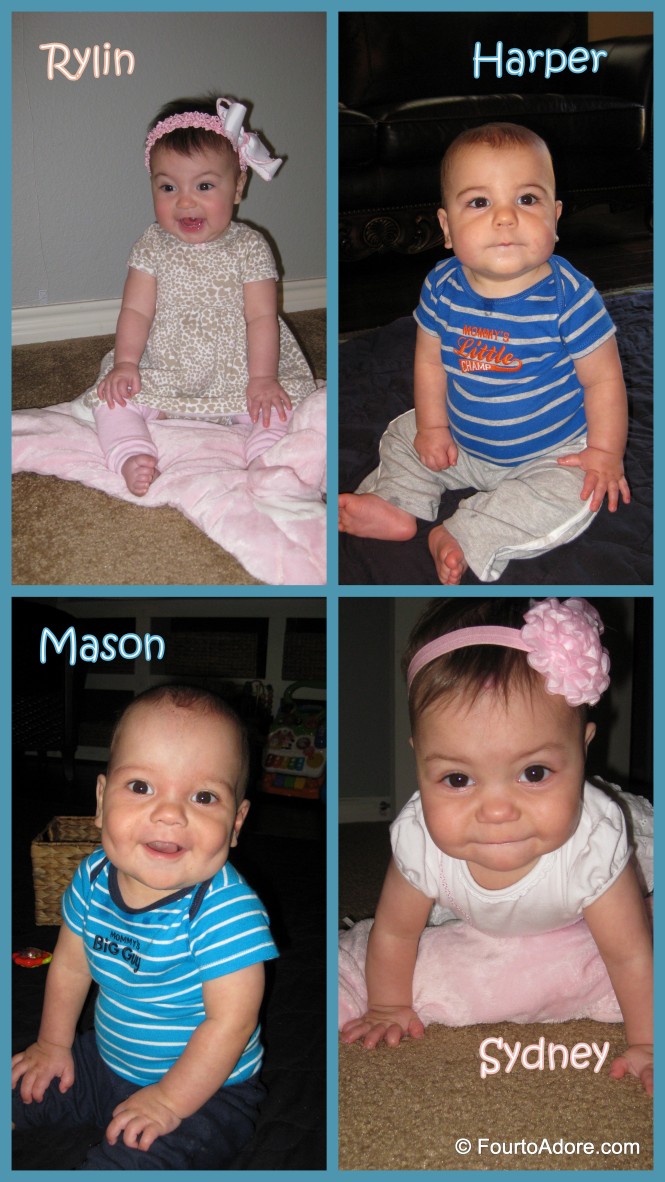 I attempted to capture everyone sitting, but Sydney had other ideas and insisted on flopping onto her tummy each time I sat her upright.

4. Over the past few days, Rylin has been rather moody and downright cantankerous.  Mason’s taken it upon himself to cheer her up when he can.  I’ll catch him crawling up close to her with a big grin on her face and she chuckles without fail!  That has to be a tight sibling bond. 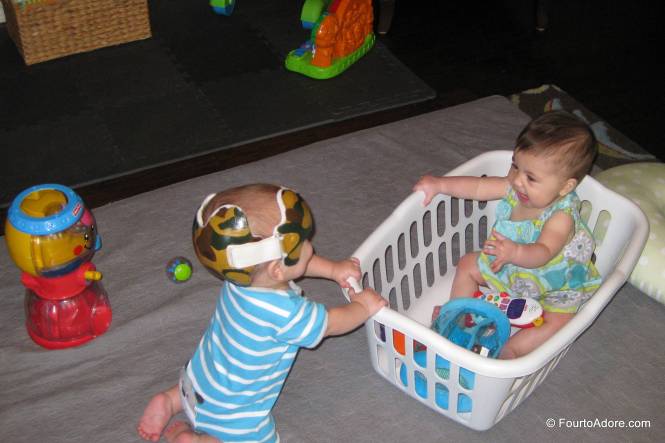 Now that babies are sitting mostly independently, we’ve had an increasing number of head bonks and crashes. I put them in laundry baskets with a few toys to help catch them. It was a great idea until Rylin decided to turn her basket over.

Did you take time to smell the roses this week?