As the babies are getting older, they are napping less and are far more busy and inquisitive than ever before.  I’m finding that the late afternoons and evenings are becoming a time when they require more entertainment, yet aren’t quite big enough to do many things.  Thankfully with the onset of summer, more friends are available to lend a helping hand.  This week the babies enjoyed an onslaught of special visitors.  I’m thankful for the relief and sunshine these special people brought to our home this week.  This week as we link up with A Beautiful Ruckus, we are recognizing the visitors from the week. 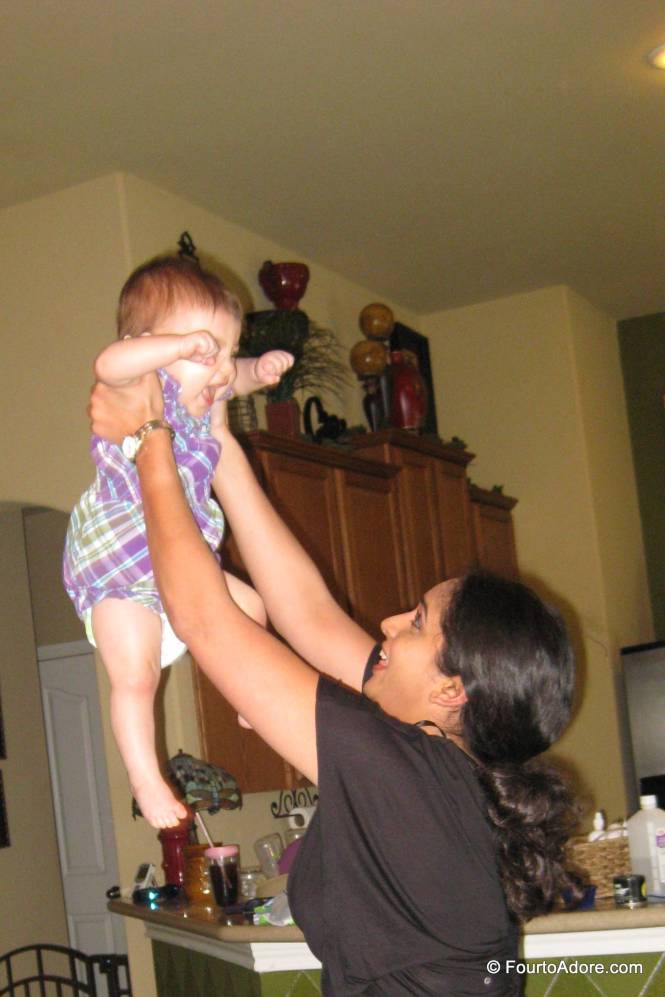 When Rylin’s temper flared, Neha found a way to help her grin. 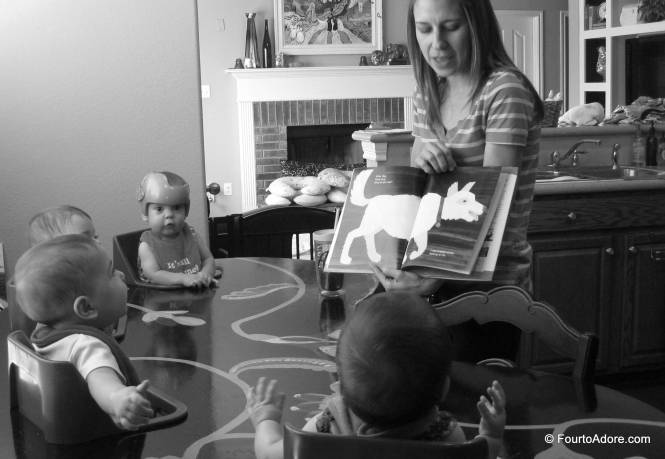 After lunch, I read the babies a favorite book, Brown Bear, Brown bear. Sometimes I read it as is, other times I point out animal names and sounds, and sometimes I label body parts. Any way it’s read the babies LOVE this book.

Kristen and Neha helped me work with the babies on signing “more” during snack time. Rylin and Mason are really getting it and the others are close. 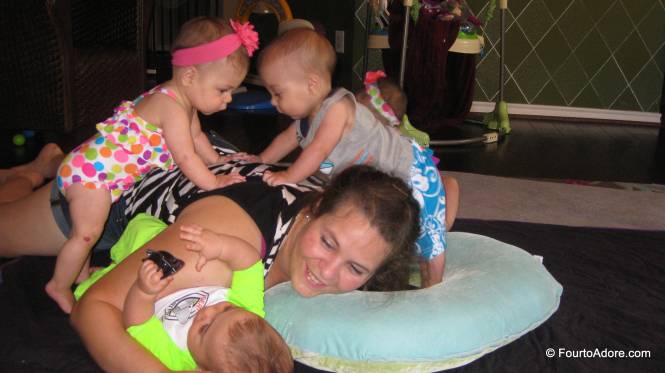 By the end of the day, the adults snuggled up in Boppy Pillows as the babies crawled around us. Mason and Sydney apparently took up massage therapy. 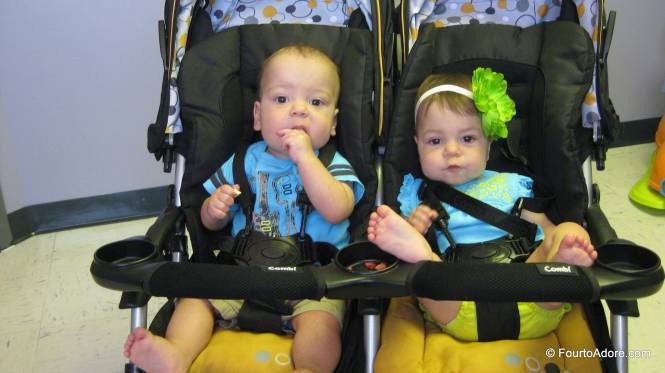 I am officially working just two more days before I go on summer break myself.  I’m looking forward to having our usual helpers come over when I am home so we can go on new adventures that I cannot do alone.  What moments brightened your week?