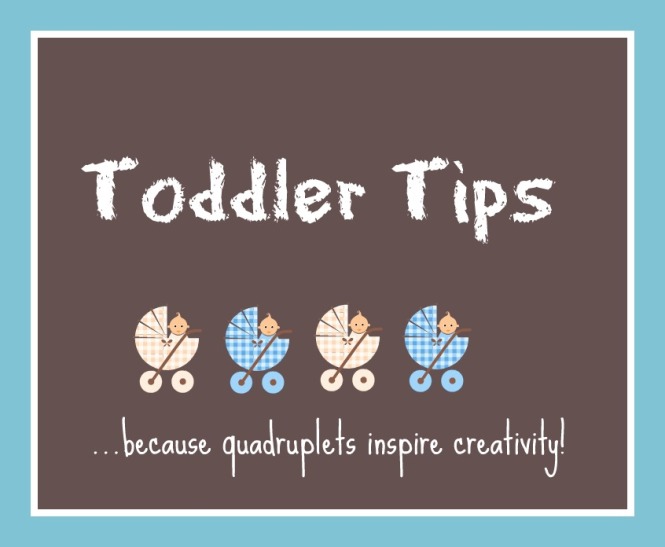 With each passing day, I find myself trying to solve some new challenge with raising four toddlers, aka “quaddlers”. They are a cunning lot who inspires a little ingenuity on my part (and George’s) just to manage day to day life. While my ideas are born from being surrounded by four toddlers, I think many of them could be helpful to any parents of little ones so I’m sharing.

As soon as the babies became mobile, serious baby proofing ensued, starting with baby gates.  Sometimes it feels as if we reside in Fort Knox thanks to the baby gates that effectively partition our den. We have a total of three gates- one at the base of the stairs, one between the den and entry way, and another between the den and kitchen. 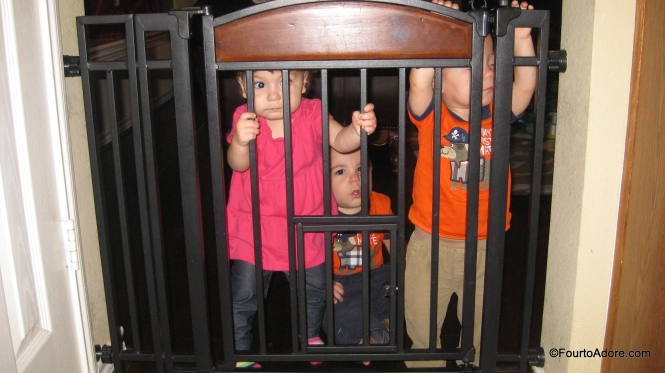 When the quadruplets are awake, the gates do an outstanding job of dividing the baby proof vs adult areas.  This gate will soon be replaced with a much taller one..they’ve recently began reaching the latch and it’s only a matter of time before they finagle it open.  UGH!

I’m thankful for the way we can cordon off our den, creating a mostly toddler proof room.  This allows me to dart to the restroom or do a few things in the kitchen while they play.  However, baby gates are a nuisance for the rest of us.  They separate the dogs from their food and water and we sometimes trip over them.

One evening after we put the quads to bed, George pulled out a few bungee cords and propped the gates open.  It was fantastic being able to move about our house without being blocked by gates, and for the dogs to freely drink water.  Now it’s part of our evening routine to prop the gates open as soon as everyone is in bed.  I also do the same while the quads nap. 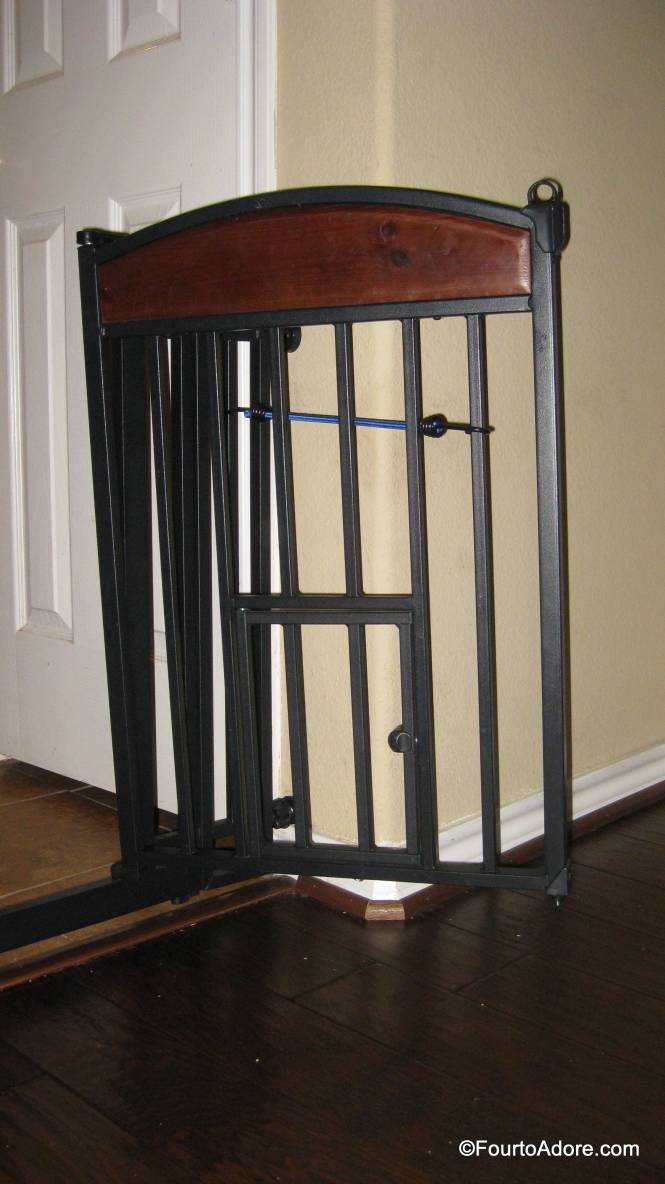 Here’s how we use bungee cords to keep the gates open.

The critical part is to always shut the gates before getting the quads out of bed.  Otherwise, the little opportunists scamper into the kitchen and play in the dog’s water.

Typically, the kitchen is off-limits to the quads unless they are in the quad table.  Still, all of the cabinets with hazardous chemicals or other dangerous items protected with latches.  When we have fussy days, I bring the quads into the kitchen with different toys.  They are rejuvenated by novelty and are thrilled to play in otherwise taboo spaces.  We have several cabinets that contain things such as pots and Tupperware, which do not have latches.  That does not mean I want eight hands exploring said cabinets.  To keep my sanity, I use George’s bungee cords to seal the cabinets temporarily.   I suppose we could bring bungee cords for when we travel to family member’s homes, or if we ever attempt a vacation. 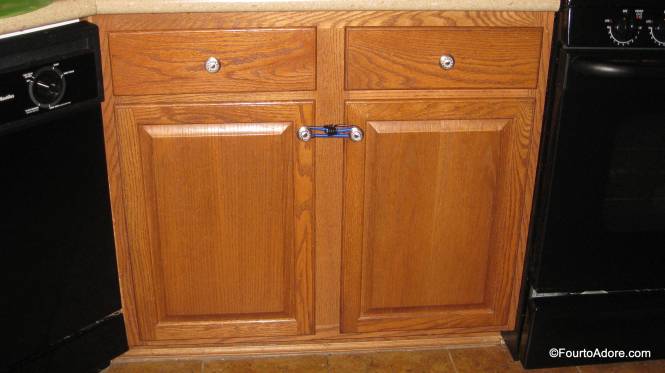 What are some of your favorite ways to use bungee cords?