Before I headed off to Gruene to meet up my quad mama friends, George had a trial run of being in charge. It went surprisingly well, which was a good thing because it made me feel confident leaving him for a whole weekend. While I knew he could handle the fort and he told me repeatedly he could do it alone, I rallied the troops.  Nisey came Thursday evening to spend the night just like she does every week.  On Friday, Nisey and her sidekick, Terri, cared for the quads while George worked.  Nisey and Terri sent me these precious snapshots from their day together.

I haven’t the foggiest idea how she managed it, but Nisey put Rylin’s hair in legit pigtails.  I’ve since attempted to replicate this hairstyle and failed several times. 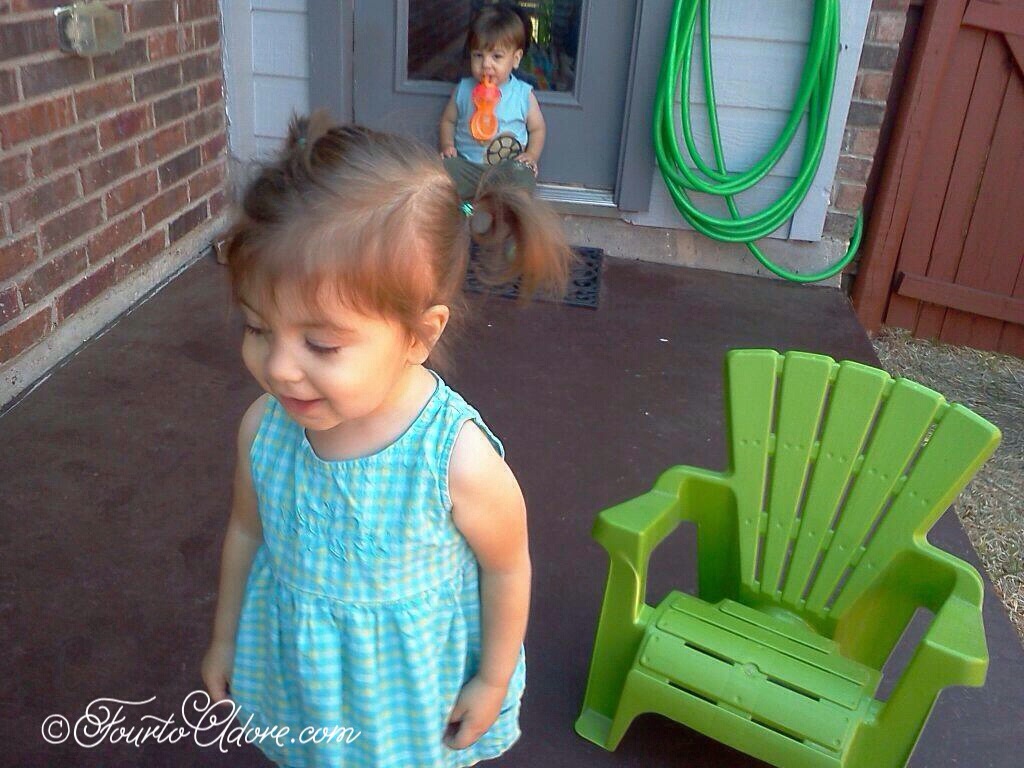 I can’t be certain what happened the rest of the time I was away, but I found miscellaneous videos and pictures waiting for me on the camera….

I can only assume there was a great toddler flick showing.  Elmo, Mickey Mouse Clubhouse, Baby Einstein or Bubble Guppies perhaps.  Nothing else could convince these three to sit perfectly still long enough for a snapshot. 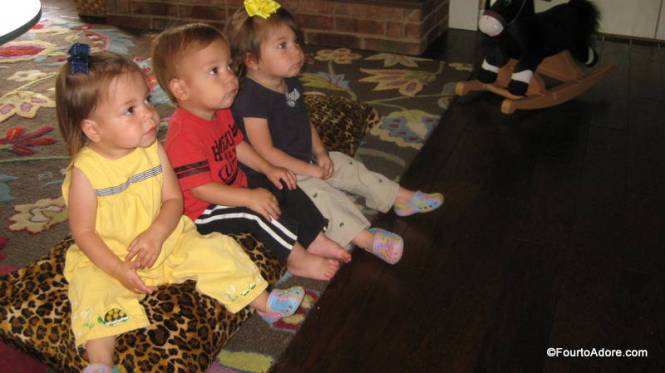 Sydney typically sings all day long until someone pushes “record” on a device, in which case all singing ceases.   George was able to ambush her before dinner and captured her ellusive version of Twinkle, Twinkle Little Star and the Alphabet Song.  My favorite part is when she catches him recording and instructs him to turn it “off”.  He also managed to record a few other tricks courtesy of the quads.

Friday night, Nisey helped George get the quads to bed and then he was left to his own devices on Saturday morning.  Aunt CiCi and Matt came later in the afternoon as fresh troops. Again, George had assistance with bedtime, but managed the night and Sunday morning solo.  Early Sunday morning I received a panicked text from George because his morning help had to cancel.  He muddled just fine, but I think appreciated all the helpers I sequestered after all.  By lunchtime Sunday, George had fresh help and was able to run a few errands.  I believe he now understands why cherish running errands run alone and count them as “me time”.   Although these pictures show kiddos donning jammies, George texted me a few of the quads in coordinated outfits throughout the weekend.  I’m not posting them because they are so blurry the babies are almost unidentifiable.  Apparently no one was willing to strike a pose for Daddy.

Before returning home, I wanted to offer George a small token of my gratitude.  When Amber B. and I stopped at a favorite roadside stop, Buc-ee’s, I immediately cruised the candy aisle in search of George’s beloved sour belts.  When I found a bag of “Sour Power Quattro” I knew it was meant to be! 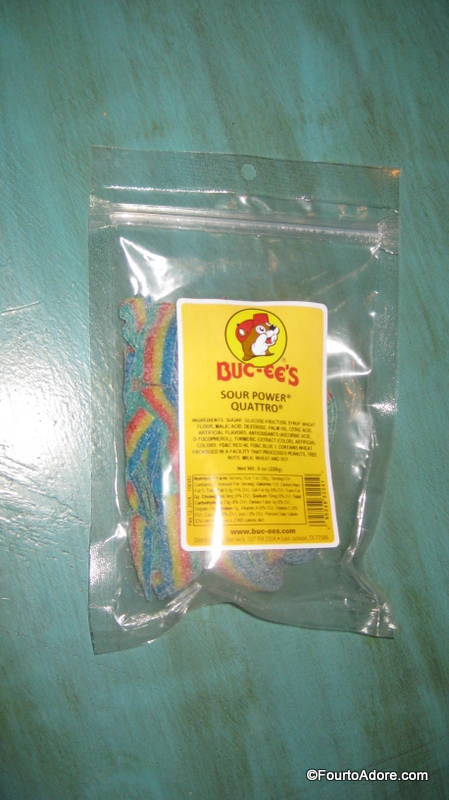 While I had a spectacular time in Gruene, I was ready to return home to George and my littles.  I was gone just long enough to really miss them.  When I opened the door, the dogs excitedly greeted me with wagging tails and excited yelps.  Rylin rushed to the gate exclaiming, “Mommy!  Mommy!  Mommy!”, but I’m not sure the other three noticed my return at all.  Apparently Elmo was far more exciting than Mommy.  I was slightly disappointed that the welcoming committee’s lackadaisical attitude, but I know George was more than ready for my return.