After your store bought foaming hand soap container is empty, you can refill it on the cheap in two steps with two simple ingredients. 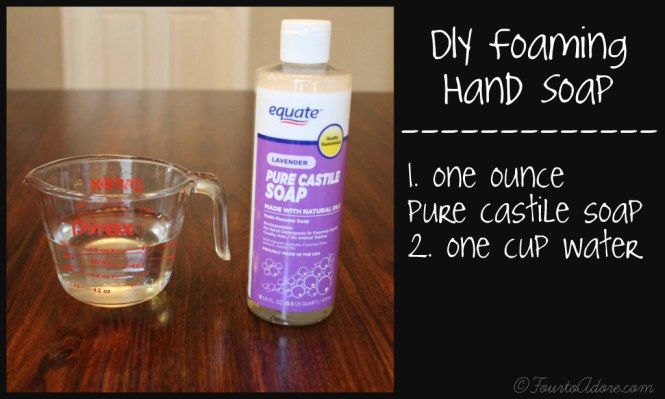 Our DIY soap foams as well as the store bought version, smells great, and cleans hands as effectively.  DIY for the win!  For additional information about why this DIY version of foaming hand soap is not only easy and inexpensive, but also a better for you version, pop by BrenDid for details.  She has lots of great information about the chemical aspect of commercially produced soap. 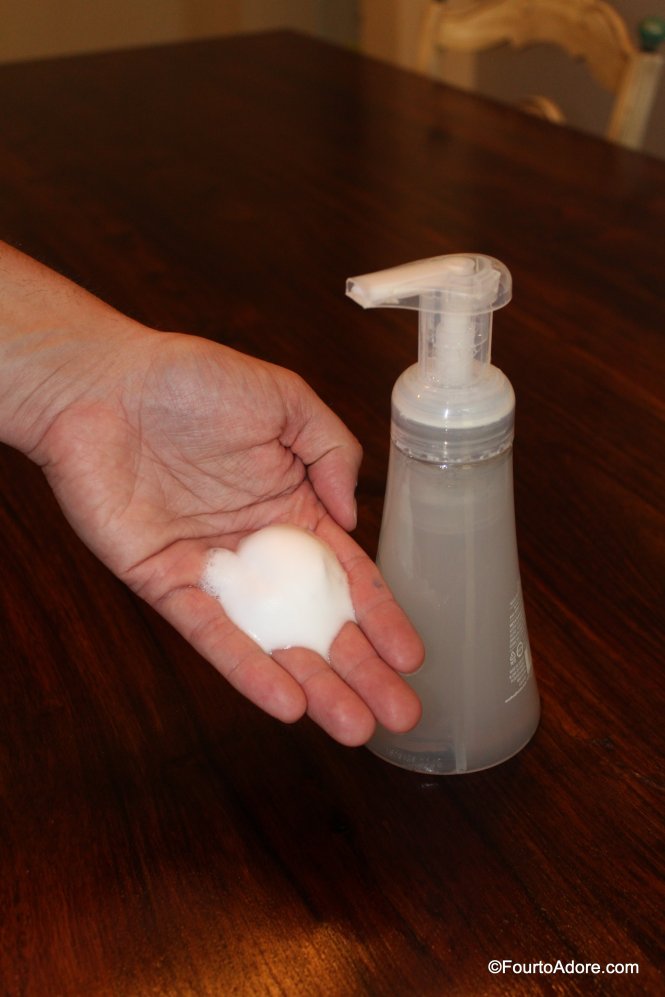 The Day I Quit Potty Training