Long before becoming a parent, I remember watching both my aunt and cousin struggle to potty train their children.  Both were moms to bright kids with extensive vocabularies, and they were good moms.  These children seemed fully capable of being toilet trained but clearly their parents were committing fatal errors in the process.  Being trained in behaviorism, I had many theories as to why they were failing and didn’t mind dishing out “helpful” advice whether it was requested or not.  Both of these moms struggled for YEARS with potty training their children. I naively believed I would have a smooth potty training experience in my future.  Ideally, my children would be accident free by two years old and would never, ever wear a pull up.

“Give me a dozen healthy infants, well-formed, and my own specified world to bring them up in and I’ll guarantee to take any one at random and train him to become any type of specialist I might select — doctor, lawyer, artist, merchant-chief and, yes, even beggar-man and thief, regardless of his talents, penchants, tendencies, abilities, vocations, and race of his ancestors.”
–John Watson, Behaviorism, 1930

At age two, Mason and Rylin showed some interest in using the toilet.  We bought a toddler sized potty seat and began modeling for them.  Shortly thereafter they began sitting on their potty seat and occasionally peed.  Victory!!!  Harper and Sydney weren’t as interested, but occasionally sat on the potty seat too.  By about 2.5, the girls were waking up dry in the morning and I felt they were gaining bladder control.  I wasn’t ready to delve into full-fledged potty training, but continued modeling for the kids and added an embedded seat to the toilet with potty stool to their bathroom.  At this point, Rylin was able to keep her pull up dry, but was unable to have a BM in the toilet due to gastrointestinal issues (she sees a specialist for them).  Shortly before the kids turned three, I decided it was time to hunker down and use the “Three Day Method” for all four kids.  I consulted numerous articles, books, and of course, my most powerful resource, other quad moms.

I collected an arsenal of supplies including:

WE WERE READY TO TACKLE POTTY TRAINING QUADRUPLETS!!!! 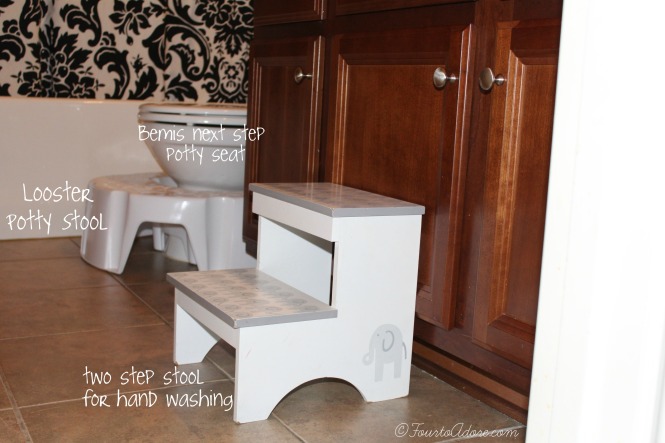 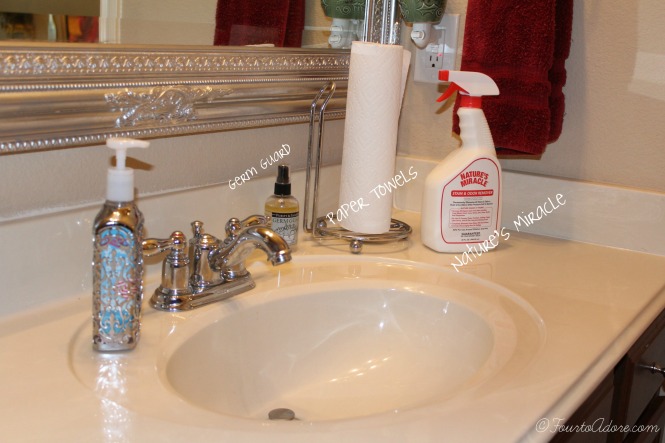 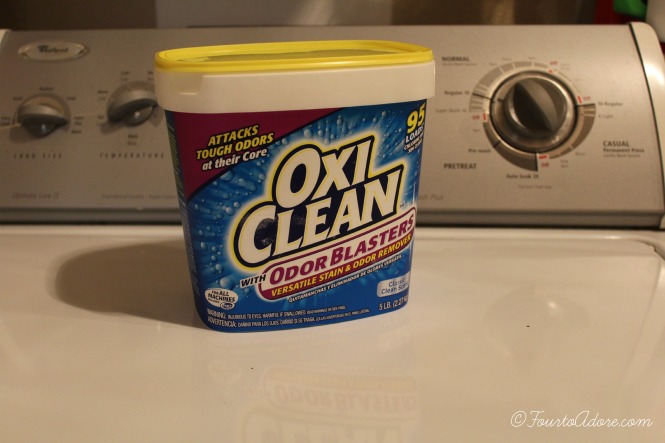 The night before kicking off potty training, we removed all rugs leaving bare tile and plank that could easily be wiped down.  I created clean up stations in key rooms, which included a roll of paper towels, Lysol wipes, and Nature’s Miracle stain remover.  In the bathroom, I kept a stack of fresh undies, books and magazines, and a trash can for soiled clothes.  Knowing potty training quads was too much even for me, I solicited the help of Nisey for three days, and George was off work.  The first morning when the quads woke up, we presented them with their very own personalized potty seats (I put their names on them using stickers to prevent squabbling over a particular seat), new undies, and t-shirts they chose at Target. 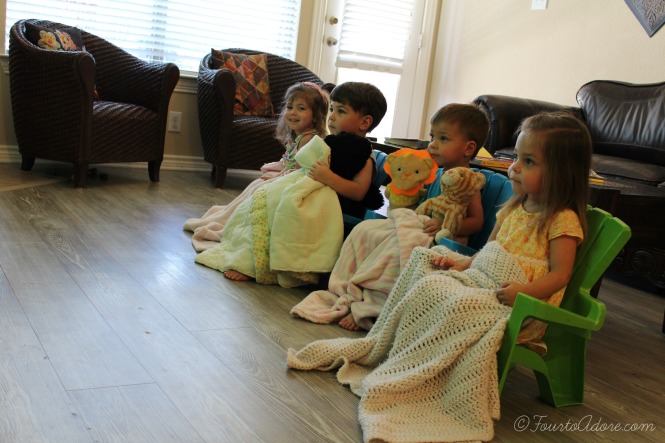 As expected, the first day was rough, there were lots of accidents.  Fortunately, there were many successes too.  Even Harper who never successfully peed on the potty learned this skill.  On the second and third day, the kids were getting the hang of peeing on the toilet, but not one would poop.  I consulted other moms of multiples and discovered that many kids took several weeks before they consistently pooped the toilet even though their parents considered them “trained” after the three days.  I took comfort knowing this and we continued the potty training process.  Nearly a month later not one child pooped on the potty.  Ever.  Some accidents were so bad that I cut undies off the child so I wouldn’t have to pull the mess over their legs. Numerous undies made it to the trash.  I felt defeated.  What was I to do?  Call the Worst Potty Trainer for advice, of course.

I know, who would call the person who admittedly failed at potty training not once, but three times?  Me because I FINALLY understood why she failed.  When I called my cousin, Jennifer, self-proclaimed worst potty trainer ever, I could hear her husband laughing audibly in the background.  I wasn’t seeking advice to “fix” the problem or to magically train the children.  I knew I presented the opportunity for success, but for one reason or another they weren’t ready for it.  I needed reassurance that it was okay to stop with all the pressure and let the kids wear pull ups, for their comfort and my sanity.  (At this point my sanity was hanging on by a thread).  Jennifer taught me a new mantra that I repeat in my head multiple times per day,

“Absent extenuating health issues or extraordinary circumstances, your pre-schooler will not go to kindergarten pooping in his or her pants.” -Jennifer Knott, Confessions of a Pastor’s Family

Jennifer also gave me this piece of wisdom,

“Therefore do not worry about tomorrow, for tomorrow will worry about itself. Each day has enough trouble of its own.”

God’s desire is for us not to worry.

After our conversation, I put all the undies away and added Pampers Easy Ups Training Pants to my monthly subscribe and save with Amazon mom.  And, more importantly, I breathed a sigh of relief.  I let go of all the pressure to “train the kids”.  I left all the potty seats in the bathroom and continued praise for success, but the stresses of watching for signs, cleaning up messes, and utter frustration were relieved.  About four or five weeks after quitting potty training, Mason disappeared from the dinner table.  I thought he headed to the playroom, but soon heard a little voice proclaim, “I pooped on the potty!!!!”  Everyone leapt from their seats to confirm his claim.  The other three kids screeched in delight saying, “Mace, YOU DID IT!!!!”  We all beamed in pride.  And you know what?  Mason has continued using the toilet independently for weeks.  The others aren’t quite there, but they’ve had successes here and there, and they will go to kindergarten using the potty.  I’m done potty training, and I’m good with that.  Our attention has shifted more to one of “toilet learning” than toilet training, and it’s much less stressful for all of us.

P. S. I’m fully aware of the MANY potty training techniques available to get the job done, and I bet I’ve tried the majority of them.  I know that numerous parents have met success with such techniques.  You may even be tempted to share your own nuggets of advice, but please just keep them to yourself 😉

Potty Training Twins: A Series of Stops and Starts

You’re Doing it Wrong: 48 Tips from the Worst Potty Trainer, Ever

14 thoughts on “The Day I Quit Potty Training”