Since I was expecting quadruplets I knew my babies would have a NICU stay, and I knew it would be difficult. In the months that led up to delivery, I communicated with other moms of quadruplets and braced myself for the inevitable.  In the first week or so, I was managing NICU life relatively well, but as the days and weeks passed, it wore on my heart. Seeing my babies struggle each day hurt.  About that time, our hospital’s resident art therapist, Diana, paid us a visit and the timing was impeccable.  Diana bonded with our family immediately and quickly began working on a masterpiece.   As the years pass and NICU life fades into memories, this piece of art remains as a salient reminder of just how much our babies have grown.  Right now, the painting is housed in our study’s curio cabinet, but at every birthday celebration, it’s a centerpiece of the party decor. 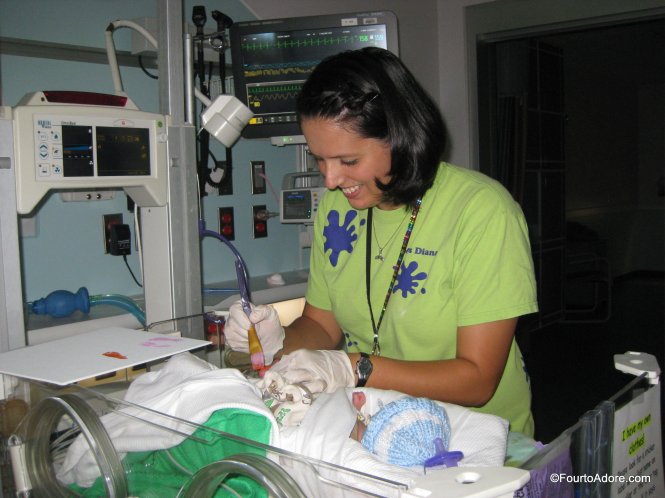 Sydney was so tiny that preemie sized clothes were far too large.  Her foot was about the length of my thumb. 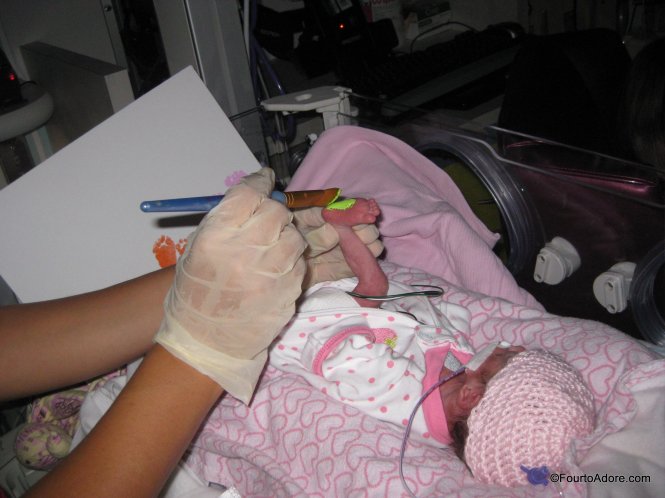 Exactly three years and two days after meeting Diana, the kids and I returned to the hospital for a specialist appointment.  The appointment was at 8:30 am and I was running solo, which meant it was a huge undertaking to get everyone ready.  I decided for the amount of effort required to go to this appointment, we’d make it into a day long field trip.  Following the appointment, we stopped by the Build a Bear workshop where the quads beloved teddy bears were born.  There, each of the kids bought undies for their bear.  Next, we popped by Starbucks where I treated myself to a caramel frapuccino to sip while the kids darted about the play area.  The kids had a blast exploring the hospital where they were once long term residents. 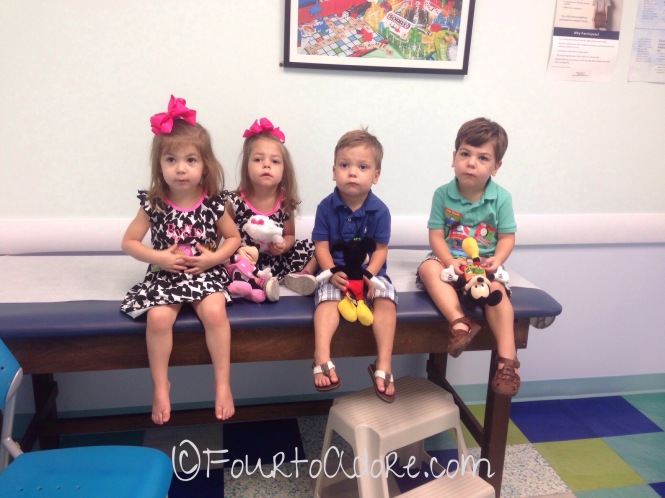 Just as it was time to head home, I spotted the smiling face of a woman clad in splatter paint from head to toe.  It was none other than Diana herself!  Though it had been three years and the quads had grown, she remembered us immediately.  I am forever grateful for the gift of art Diana gave us at a difficult time, and I can only imagine the many hearts she’s touched and will touch.   Reuniting with Diana was the perfect opportunity to thank her for the impression she made years prior. Sometimes it really is the little things that leave the biggest impression on us.

Psst…Are you subscribed to this blog?  If you enjoy what you’re reading, you can have our latest posts delivered right to your inbox!  Simply select “subscribe” on the right side of the page.