When I was a child, my mother always made my Halloween costumes, and she was quite creative.  I went through a few years of wanting to be things instead of people.  Long before the invent of Pinterest, mom managed to craft costumes including a bag of M & M candies, a shocking pink Crayola Crayon, and a bunch of purple grapes.  When the quads arrived, I was determined to follow her example of creating cute costumes without spending much, if any money.

When the quads were infants, Aunt CiCi made them mummy onsies.  The next year, we used white t-shirts to make four of a kind playing cards.  When they were two years old, we went as Noah’s Ark; the kids wore animal print clothing with coordinating ears and tails.  These first few Halloweens, the quads tolerated whatever I chose for them.  As threenagers they weren’t quite so complacent.  In the weeks leading up to Halloween, the excitement over the holiday began.  Throughout the day they’d inform me what costume they intended to wear, which primarily consisted of favorite television show characters.  Feeling defeated, I decided I would take them to Target to choose their own costumes (gasp!)  Much to my delight, Target was running a buy one, get one free sale on children’s Halloween costumes.  If I was going to fork out cash for Halloween costumes, at least I’d get them for a bargain.

After cruising the crowded costume aisles several times over, each child chose their own costume.  I could hardly contain my excitement when they managed to coordinate with one another as superheroes: Supergirl, Captain America, and Spiderman.  Proving the purchase was worthwhile, the quads wore their costumes nearly everyday after we brought them home.  And, I believe they will continue wearing them throughout the year.

Mason wasn’t keen on the Spidey mask so I found a Spiderman baseball hat at Target for him to wear instead.  Rylin added her own flare to her costume by adding a sparkling tiara. Harper and Sydney were excited that they were compliments to one another. 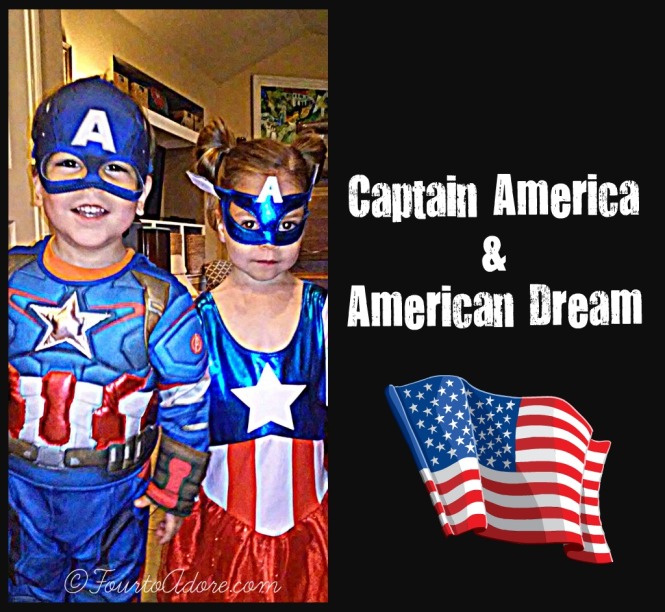 Our neighborhood is the perfect place for trick or treating.  As soon as the sun begins setting, families clad in Halloween costumes begin lining the sidewalks.  Homeowners (or kind relatives) perch on the driveways sharing treats while spooky music fills the air.  There are so many trick or treaters, most people realize that closing the front door is a fruitless effort.  Some families leave a clever note and basket of treats on the porch while they enjoy the festivities for themselves.

The quads had a hard time understanding the concept of taking only one treat from a bucket so I had to keep an eye on them.

Sometimes the treats looked so yummy, we had to stop walking to nosh on one. 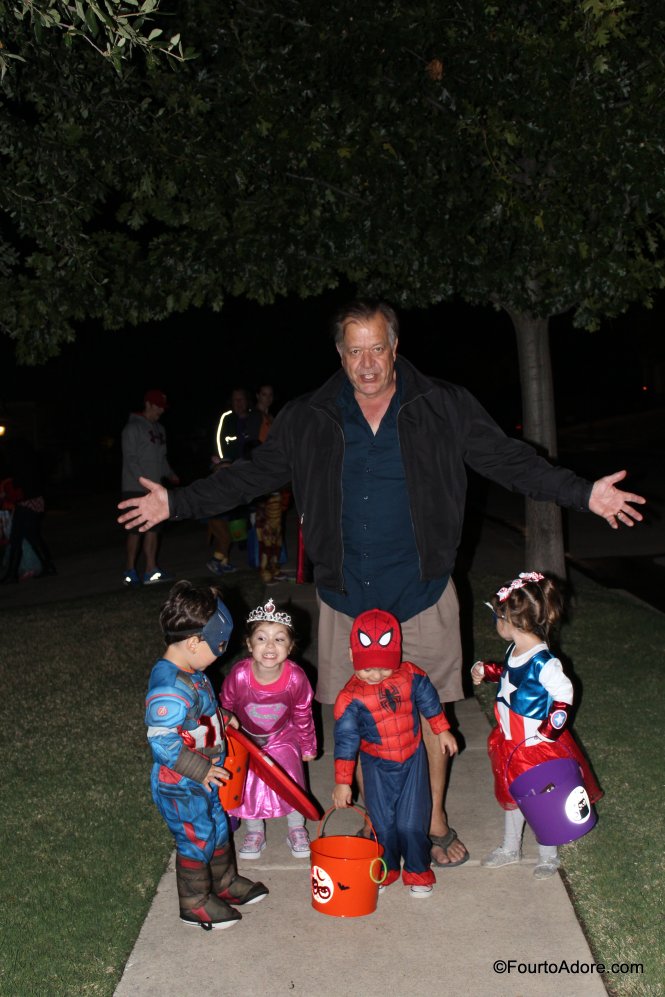 Once we were back at the house, the kids began tearing through their treat buckets for goodies.  We let them choose a few favorites before confiscating the haul.  Sneakily, we distracted them by charging them with passing out treats for our visitors.

How did you spend your Halloween night?

3 thoughts on “Buy One, Get One Free”